MY BABY STEPS INTO CRYPTO THROUGH three MOVIES 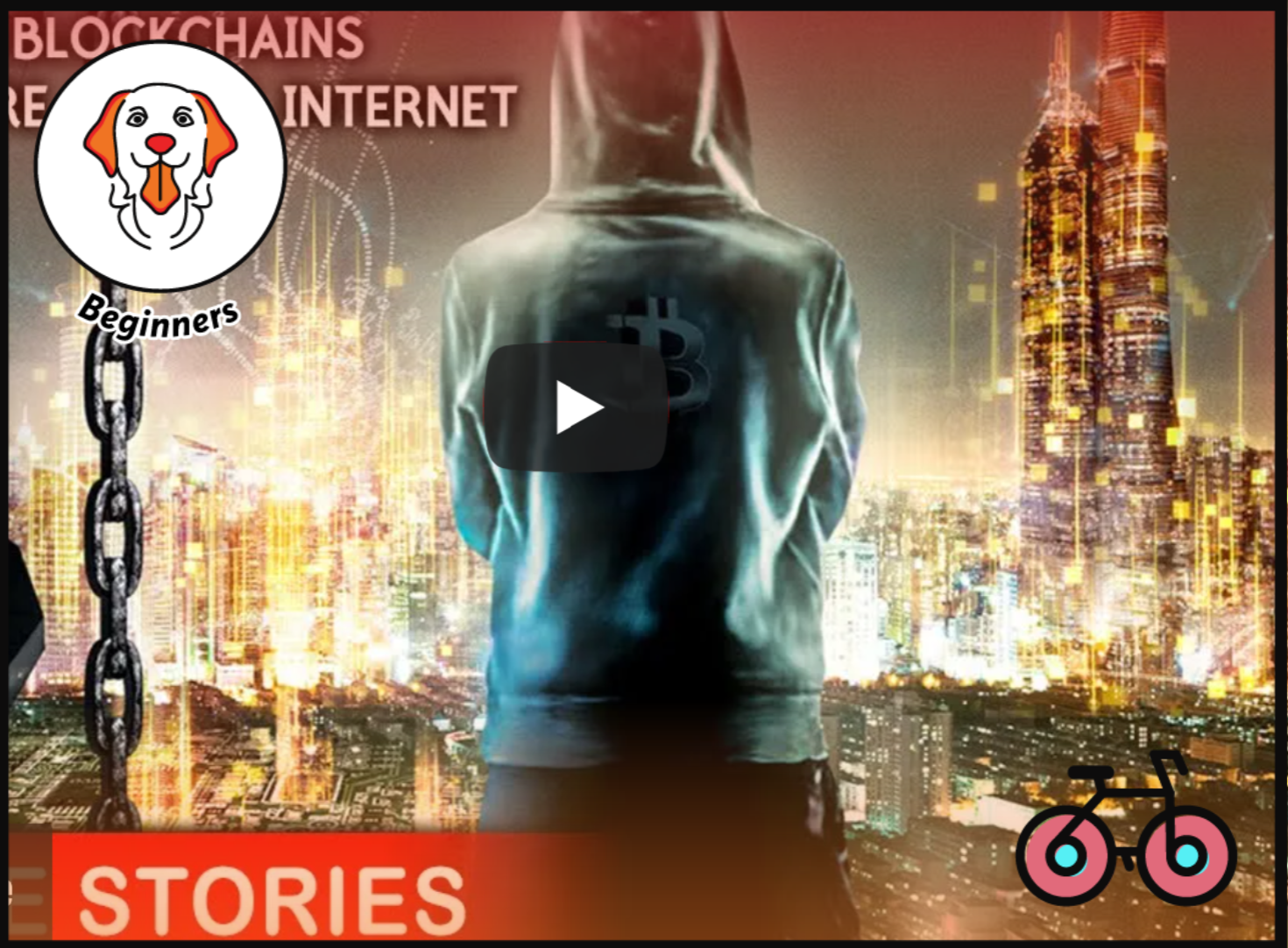 Cryptocurrencies have been around for over 10 years, and they have weathered several significant downturns.

Due to this longevity, many investors who previously dismissed them have started to pay attention in the last few years.

However, regular people like me don’t really understand how the technology works. What is blockchain, and why are cryptocurrencies so valuable?

Currently, I’m not invested in this asset class because I don’t feel comfortable buying something I don’t comprehend.

But in the last few weeks, I’ve set out to educate myself.

I watched three films and read one blog post to find out what crypto is all about.

In today’s article, I’ll share my learning journey and discuss whether my perception of blockchain and cryptocurrencies has changed as I have learned more.

But How Does Bitcoin Actually Work? A Short Film

But how does bitcoin actually work? | Available for free on YouTube

The Maths Behind Crypto

The first source I consulted was a short film on Youtube, called “But How Does Bitcoin Actually Work?” This was put together by Grant Sanderson’s math-focused channel, 3Blue1Brown, which has over 4.5 million subscribers.

If you’ve never studied computers or higher math, it can be hard to understand exactly how cryptocurrencies work.

The film explains them as a ledger, where everyone can add lines and everyone has access to all the information.

As the video progresses, more complicated elements are added to this ledger. The concept of encryption is explained, and Sanderson demonstrates the reason why nobody can copy or alter the information contained in the ledger.

He explains how a new signature is made every time you access the ledger to prevent lines from being copied.

Sanderson also explains that there is a limit to the number of transactions that can be made because only one block, containing a bit more than 2,700 transactions, can be mined every ten minutes.

Therefore, only around 4.6 Bitcoin transactions can be made per second. This is one of the main reasons why Bitcoin is problematic. 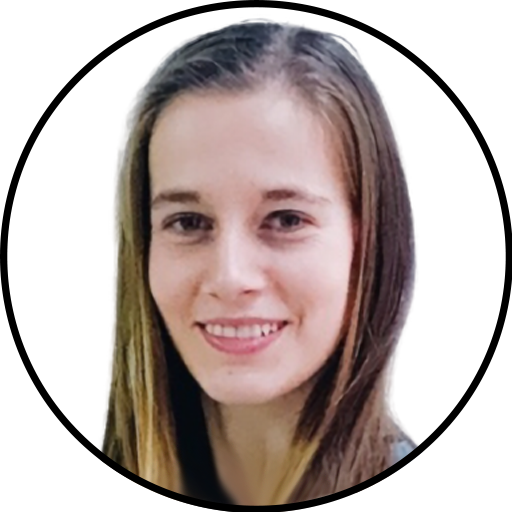 How Did the Film Help ME?

This film was very well-made and short enough that it doesn’t get tedious or overwhelming.

It gives a good overview over crypto and blockchain, and it is created in an entertaining way.

However, a short 30-minute video isn’t enough for a beginner like me to fully understand how crypto works.

People who don’t have a background in math might have trouble connecting the explanations and analogies to the real-world example of Bitcoin.

To deepen my understanding, I decided to read an article explaining the same concept in a slightly different way.

WTF Is the Blockchain? An Article

The Problem Solved By Crypto

The HackerNoon blog post is designed for complete beginners, and it explains the basics of the blockchain much more quickly than the documentary.

The descriptions are simpler, so they are easier to grasp for a beginner.

Unlike many other sources, the post starts with the problem: every time you want to send someone money, you have to trust a third party, usually a bank.

Blockchain allows us to transfer money between ourselves without a middle man.

The article demonstrates how each transaction is listed on everyone’s ledger and secured with a hash function consisting of three numbers.

It also explains how mining is essentially the process of finding the third number, the proof of work. The first person to find it reaps the reward. In the case of Bitcoin, the current reward is 6.25 BTC.

WHAT DID I LEARN WITH THIS ARTICLE?

I actually read this article twice. The first time was before I’d watched the two other films listed below, and the second time was at the end of my learning journey.

While the post helped me to understand the core concepts, I still didn’t fully connect the dots after my first read-through. The second time, it was much easier because I’d immersed myself in the topic, and I now understood what the author was saying.

To me, the most important takeaway from this post is the purpose of the Blockchain. It’s risky to rely on a middle man because they could make a mistake, they might cheat you, or the record could be destroyed.

In the case of Blockchain, the risk is much smaller because the ledger is stored on countless devices.

Unless more than half of the users are corrupt and trying to cheat the system, blockchain is unlikely to stop working.

CRYPTOPIA: Bitcoin, Blockchains and The Future of the Internet | Available for free on YouTube

The Many Functions of Crypto

“Cryptopia: Bitcoin, Blockchains and the Future of the Internet” was produced in 2020 by Torsten Hoffmann, a filmmaker, media entrepreneur, and consultant.

The film is split up into three sections: Bitcoin, Blockchains, and The Future of the Internet.

This film portrays Bitcoin differently to the other two sources above. It compares it to a giant, endless vault.

The money can only exist and be transferred between individual wallets inside this vault. Each transaction gets recorded, and the individual recordings get put together in a block. Every ten minutes, one block is created, and the transactions stored inside it can never be altered again.

I liked this explanation because it complemented what I had learned previously and explained it in an intuitive way.

How Did the Film Help ME?

This film explains how Bitcoin and the other cryptocurrencies can perform many functions.

Aside from being a store of value and a currency we can use, they also facilitate smart contracts, which enable us to cut out the middle man during business transactions.

We learn that some big banks and companies are akready using blockchain technology to track supply chains and secure transportation.

However, Hoffmann also examines the negative aspects of crypto.

For example, initial coin offerings, which introduce new coins to the market, are discussed. Unfortunately, many of them are scams, and people have lost millions.

Trust No One: The Hunt for the Crypto King - A Cautionary Tale

Trust No One: The Hunt for the Crypto King | Official Trailer | Available on Netflix

The Precautions To Take

Unlike the films and article above, which were all about the technical side of crypto and provided an overwhelmingly positive perspective, “The Hunt for the Crypto King” follows an individual example.

It is the story of QuadrigaCX, the biggest cryptocurrency exchange in Canada.

The owner, Gerry Cotten, set up this exchange for his own gain.

Essentially, he was a scammer who slowly transferred customers’ money to other exchanges and then gambled it away.

In late 2018, Cotten died in India, and 110,000 of his customers lost the money they had invested with QuadrigaCX.

The film follows one particular investor, who put all his money, $500,000 into QuadrigaCX.

His story shows how damaging putting all your eggs in one basket can be.

The downfall of QuadrigaCX can teach us several things:

WILL I INVEST IN BITCOIN?

After watching all these films and reading a long article, how has my perception of cryptocurrency changed?

Am I going to start investing in it now?

The answer is yes.

Now that I know what crypto is all about, I am planning to invest 0.5-1% of my net worth into cryptocurrencies in the next few weeks.

One of the experts interviewed in “Cryptopia” suggested this strategy.

If the market collapses, I won’t lose a lot of wealth, but if it takes off, that 1% could potentially increase my wealth significantly.

HAVE A QUESTION ABOUT INVESTING? ASK US.

We have suspended comments on the website. You can comment on articles, tools and discuss wider investing and personal finance topics using our newly set up wise investing community forum.